Artistic Direction for the conception of an electroacoustic studio-on line and a database of downloadable instrumental sounds (20.000 samples).

CD-ROM for the exhibition at Centre Georges-Pompidou (also in Roma and Barcelona) about Time (January 2000). 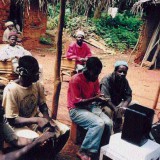 Pareto is a library of patches made for the software Open Music from IRCAM which offers three functionalities:

1) To transcribe an acoustic signal (from Diphone, Audiosculpt, Spear, etc..) into musical information (in exact midicents or herz, or in musical notation approximated in half-tone, third of tone, quarter-tone, eight of tone, ore more)

2) To propose statistical tools (curves, most present frequencies, mobile average, etc..) to help to determine the pitch-scale of the musical signal.

3) To change or adjust the musical signal with new hypothesis (new scale, or discretisation, etc..), and then to make similar changes of the scale on the acoustic signal itself (through microtransposition on SVP).

Pareto is a library for the Ircam Software Open Music. Download Pareto here (go to the bottom of the page, section “More OM libraries”) and decompress it. This folder must be installed in the folder OpenMusic/Userlibraries.

You can use for the spectral analysis the Ircam Software Audiosculpt or freeware Spear or any FFT software, and Audiosculpt or SuperSVP for the resynthesis of the sample under new hypothesis. The libraries OM_ASX and OM-SuperVP are requested to run Pareto. There are included with the Ircam Forum Open Music version.

Open OpenMusic, and then the library Pareto. Be careful to have in your preferences the right path for the SVP software.

Example of Patch with the Pareto library:

1) Installation
. Computer : Minimum PowerMac G4, 1 GHz or more, 1 GB memory, System OS 10.4 (intel or powerpc)
. Download the Soliloque Stand alone version SoliloqueOSX StandAlone.zip (Jan. 08) HERE (7 Mb), and decompress it.
. Sound manager / drivers: Supercollider, the software behind Soliloque, can work with the default Apple sound manager installed on your Mac. This driver is however only stereo. Supercollider also works with many other sound cards (Motu, Digidesign/protools, etc..) if you want to run it in multichannel. Once these drivers are downloaded, place them in the right folder, and change the sound manager in the Apple preferences. Important: activate the multichannel soundcard BEFORE opening Soliloque. 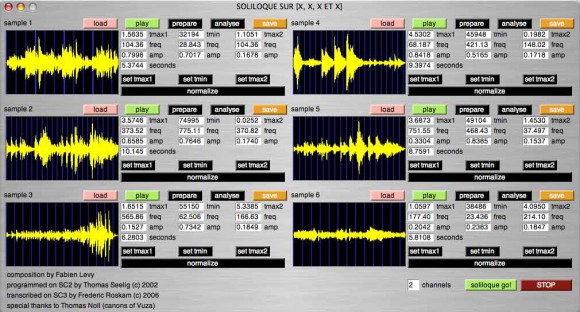 The click-track player allows:
. a Visual click-track with indication of measure number and beat.
. an Audio click-track with optimized midi-sounds tested with musicians from Ensemble Klangforum Wien.
. Possibility to start the player on a given bar and in another tempo (in percent of the original tempo), for instance in rehearsal.
. Possibility to display the running score (pdf or jpg), using the synchronisation software Maestro [to be re-implemented in the future]. 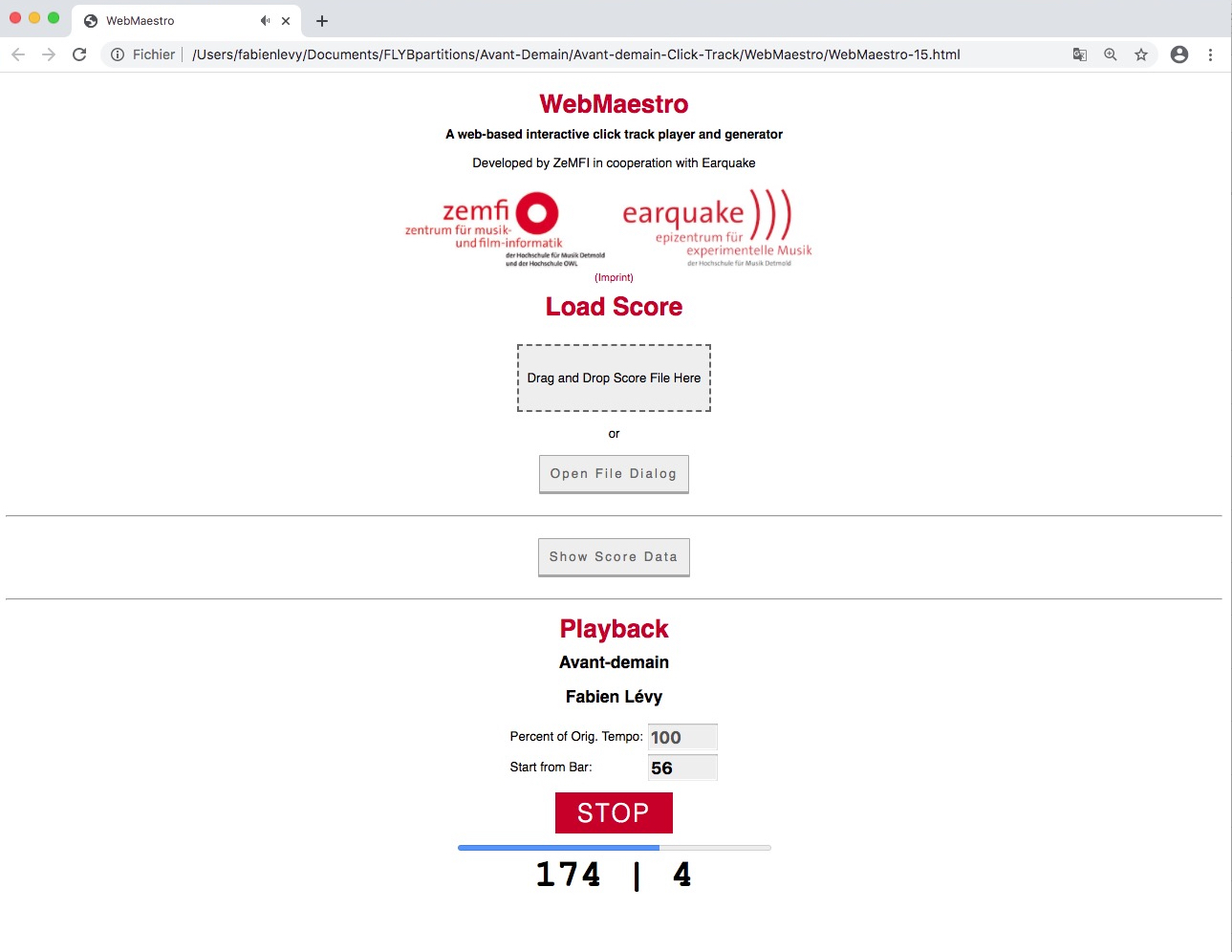 Through the editor, you can easyly edit:
. changes of tempi and metrics
. accel./rall. also in the middle of a bar, and using different curves (linear, exp.)
. regular audiocues (for instance every 10 bars) and local text-to speech cues (for instance “next bar, section D“) in German, French or English.
. Save and load the datas.

WebMaestro requires advanced audio skills that are not (yet) available in all browsers. Therefore, he is currently only running on Chrome or Safari.